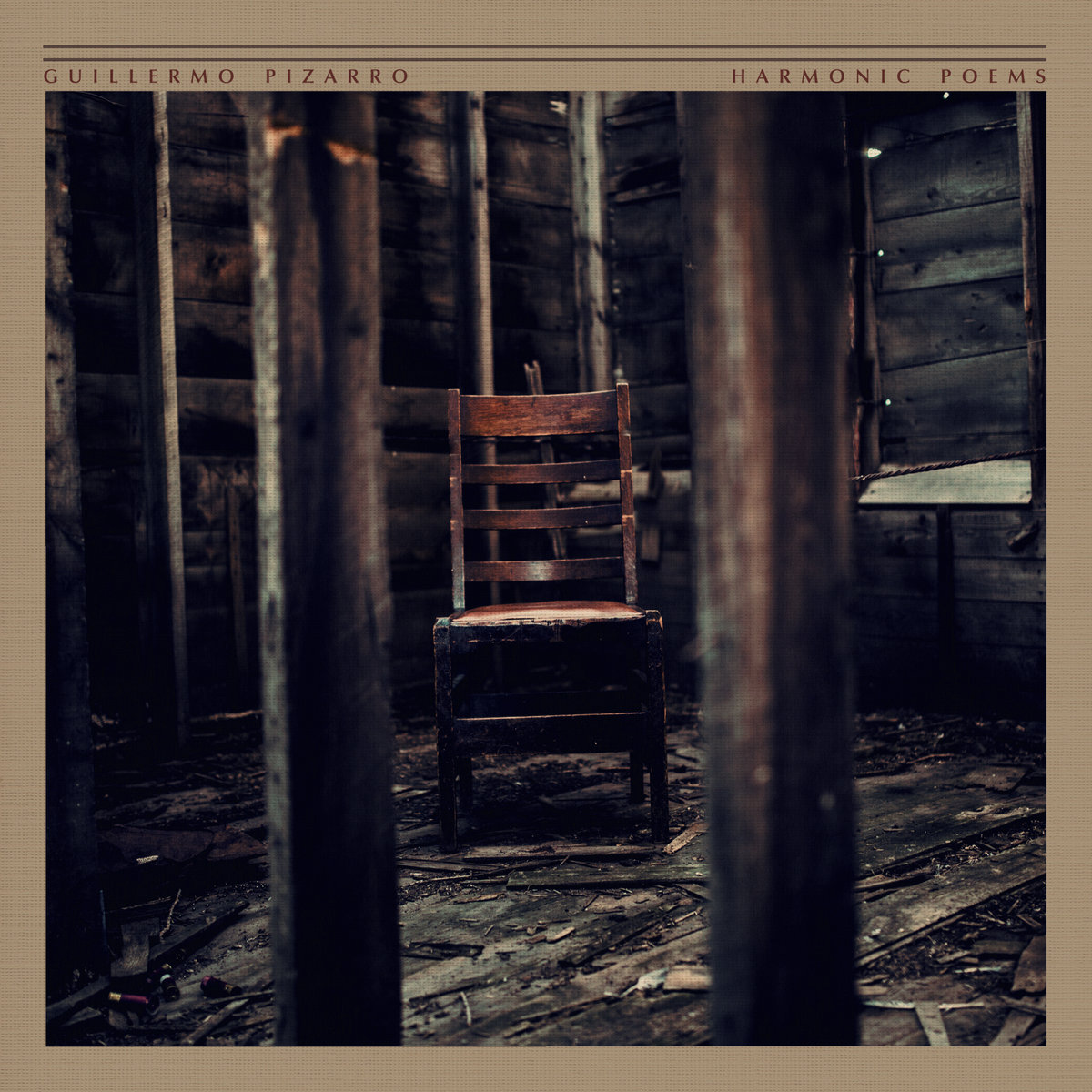 Listening to Guillermo Pizarro’s “Harmonic Poems” is not a foreign or novel experience. This isn’t the kind of noise that takes you by surprise, with alien sounds coming from indecipherable sonic devices or compositional maneuvers that come from out of nowhere. If you follow modern noise, there really isn’t anything on this album that is “new,” per say. But once you start listening none of that matters, because this album is just that good.

A close listen reveals the tools Pizarro uses to pull this off: a pristine and meticulous approach to recording, an encyclopedic understanding of modern experimental music, and a seemingly endless supply of confidence. With regard to the technical aspects of the recording, “Harmonic Poems” was recorded in an honest-to-goodness recording studio (like every one of Pizarro’s other albums). Not a bedroom, not someone else’s basement, but a space built for and designed for recording and mixing audio. And while some amazing albums have been recorded on folding tables next to laundry machines, the use of a space designed for recording audio, ranging from the ear shatteringly loud to the barely audible, allows for a diversity of sound that often goes missing in the home studio approach. Pizarro obviously knows this and goes all in, directing the listener through a seemingly endless array of sonic landscapes that range from crushing drones to somber string duets.

While a kitchen sink approach to recording may bog down some albums, Pizarro’s ability to situate every single aspect of this work within the modern noise cannon (and beyond) buoys the album in a way that keeps each piece from feeling overwhelmed. The recent trend towards more dramatic harsh noise (for lack of a better term) seems to provide the strongest influence. Specifically, recent Pedestrian Deposit and Jason Crumer, with their blend of sputtering harsh blasts, morose drones, and field recordings, dominant the album throughout. But it is underneath this sonic pallette that the depth of Pizarro’s knowledge reveals itself. At various moments, I can hear Olivia Block’s field recordings buried in plain sight, Gerrit Wittmer’s unsettling use text, Pharmakon’s harrowing screams, David Phillip’s mangled string sections, Sunn 0)))’s dominant guitar work… and I could keep going but I really hate Pitchfork reviews.

Which leads us to the last part of Pizarro’s trifecta: a sense of confidence. At absolutely no point does the album feels like it is trying too hard. No strained notes, no after thoughts that got thrown on last minute, no acrobats or stunts. The album is exactly what it is: a simple, honest to goodness, experimental album. But nothing about this recording says it needs to be more than that. It’s just good. From start to finish. You get the sense that Pizarro knows it. And because he knows it, he can use the other tools in his arsenal that much more effectively.

The chair on the album cover provides the perfect metaphor. A good chair does not need to look flashy or rely on feats engineering brilliance. It’s a chair. You need to be able to sit in it. But even in the most simple of chairs you can see the craftsmanship in the finished product. The attention to detail, the perfect lines, the quality of material. It’s all there. And frankly, anything beyond that would just ruin the object’s beauty.

“Harmonic Poems” is just that: a damn fine chair, plain and simple.

Just in time for our upcoming tour, Raffle House has shirts and tapes! As long as you order them…